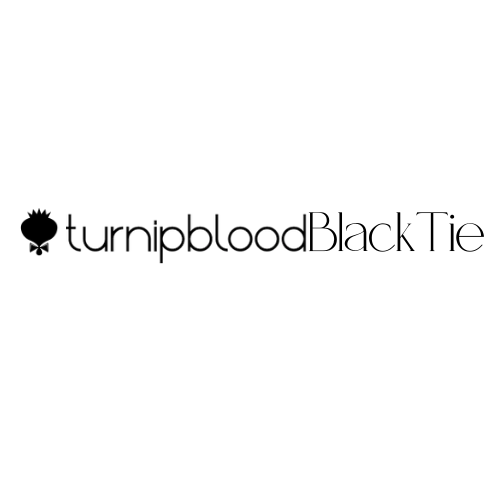 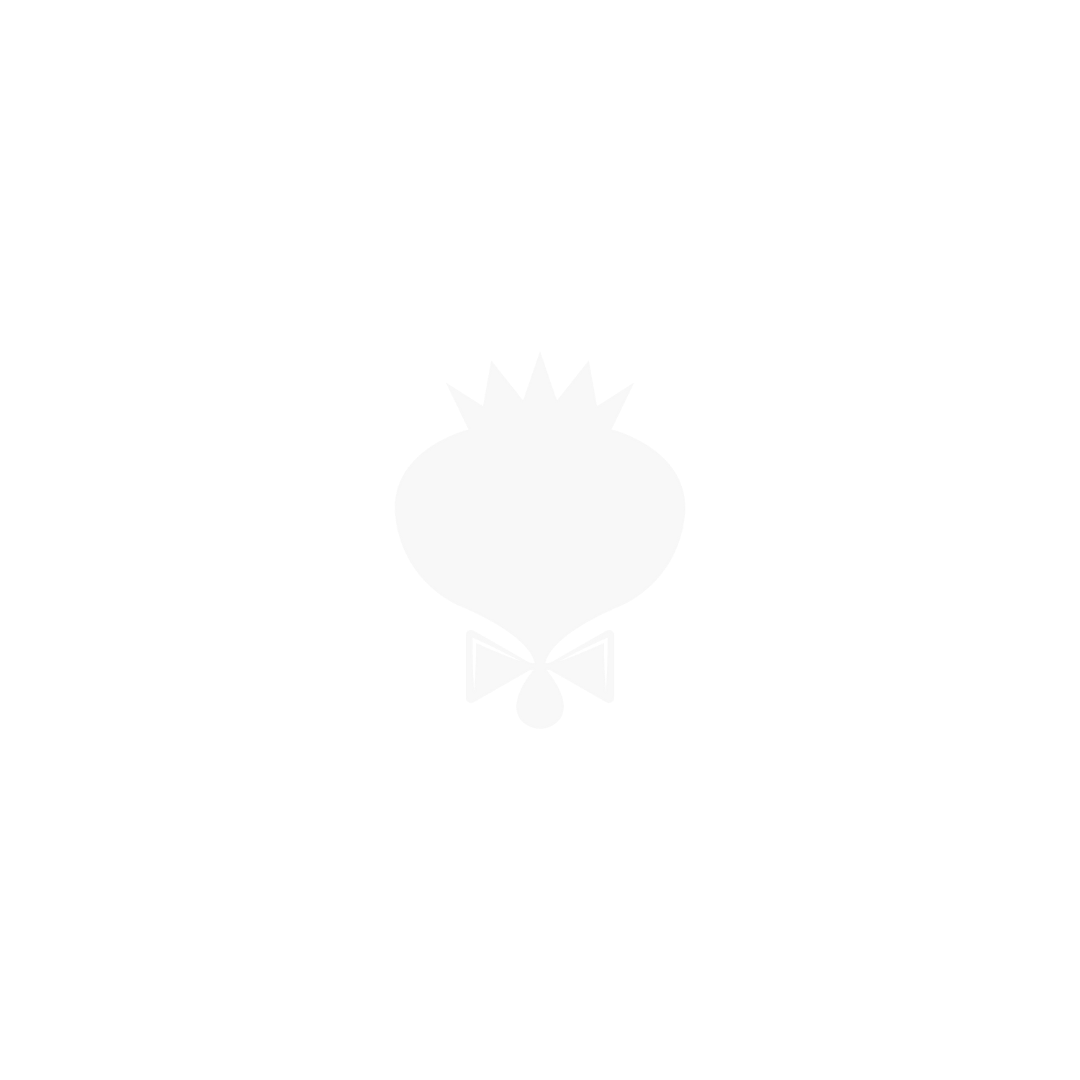 Whether you want a nonstop party band with a horn section meant to take the roof off of the reception, a classic Motown band to keep guests grooving on the dance floor, a country band that will have you line dancing your way to your honeymoon, or a cover band belting your favorite decade’s hits, our agents and artists are pros at creating an effortless event experience that elevates every celebration.

Turn an already great wedding reception into an exceptional celebration for you and your guests with the perfect band from Turnipblood BlackTie.

Let our agents help you create the perfect complement to your best day ever with artists, sound, and lighting ideal for every investment level. 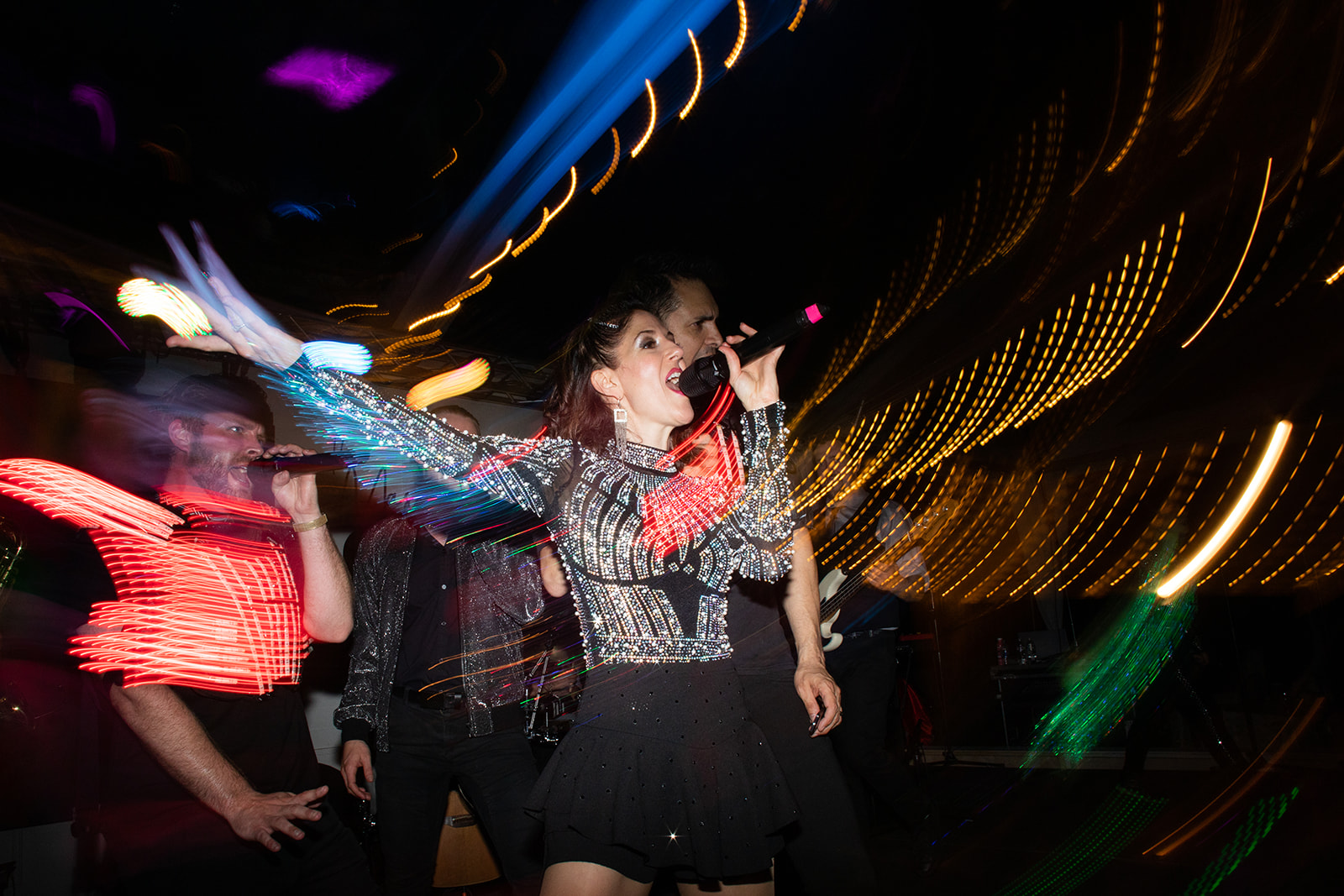 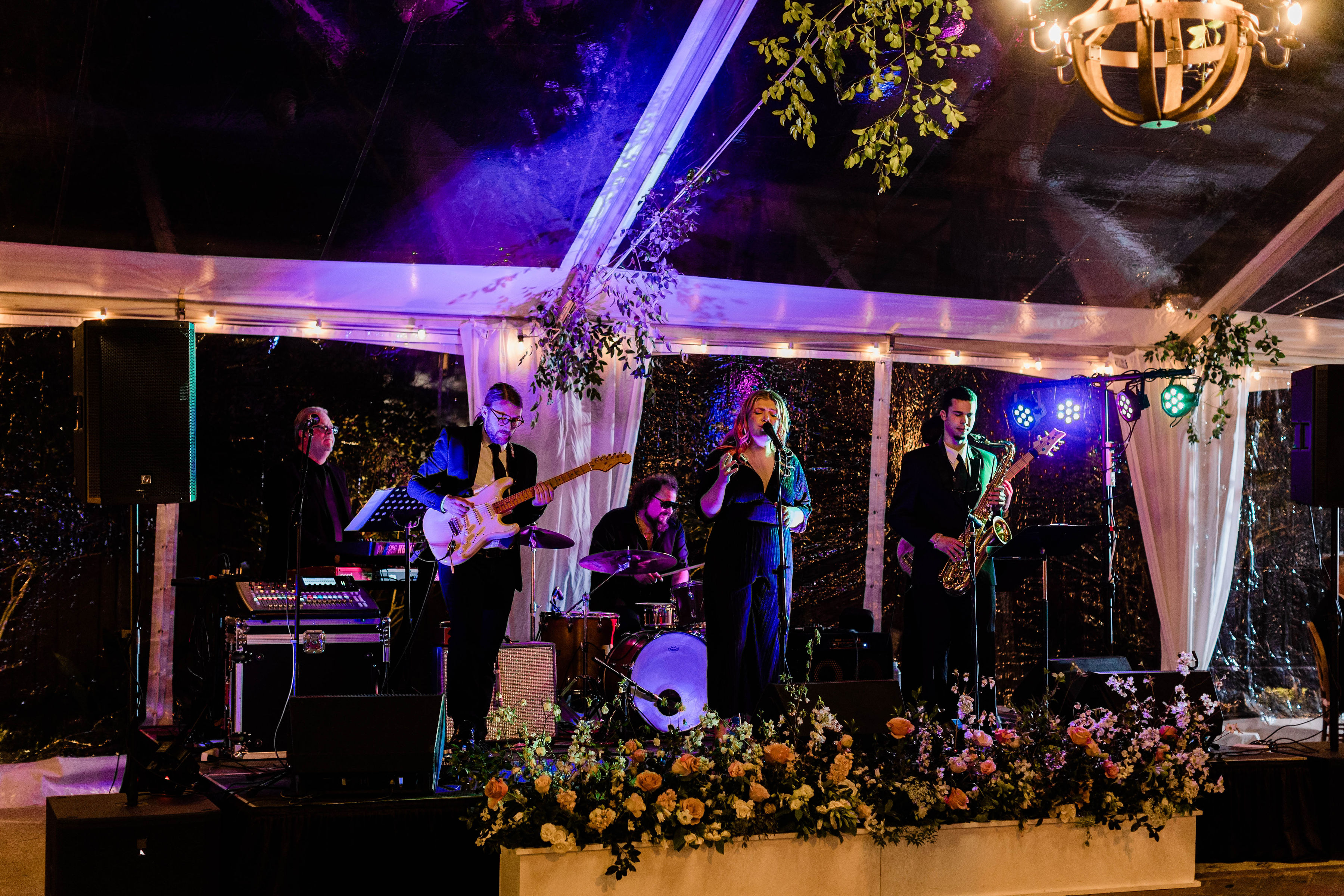 Give guests a perfect first impression of your wedding day with your dream ceremony musicians. From the prelude to the recessional, our classically trained, professional musicians will enhance the meaningful moment that is your ceremony. Solo or group artists playing strings, guitar, ukulele, keys, even horns are a few of the many options to set the tone for the day and the rest of your lives together! 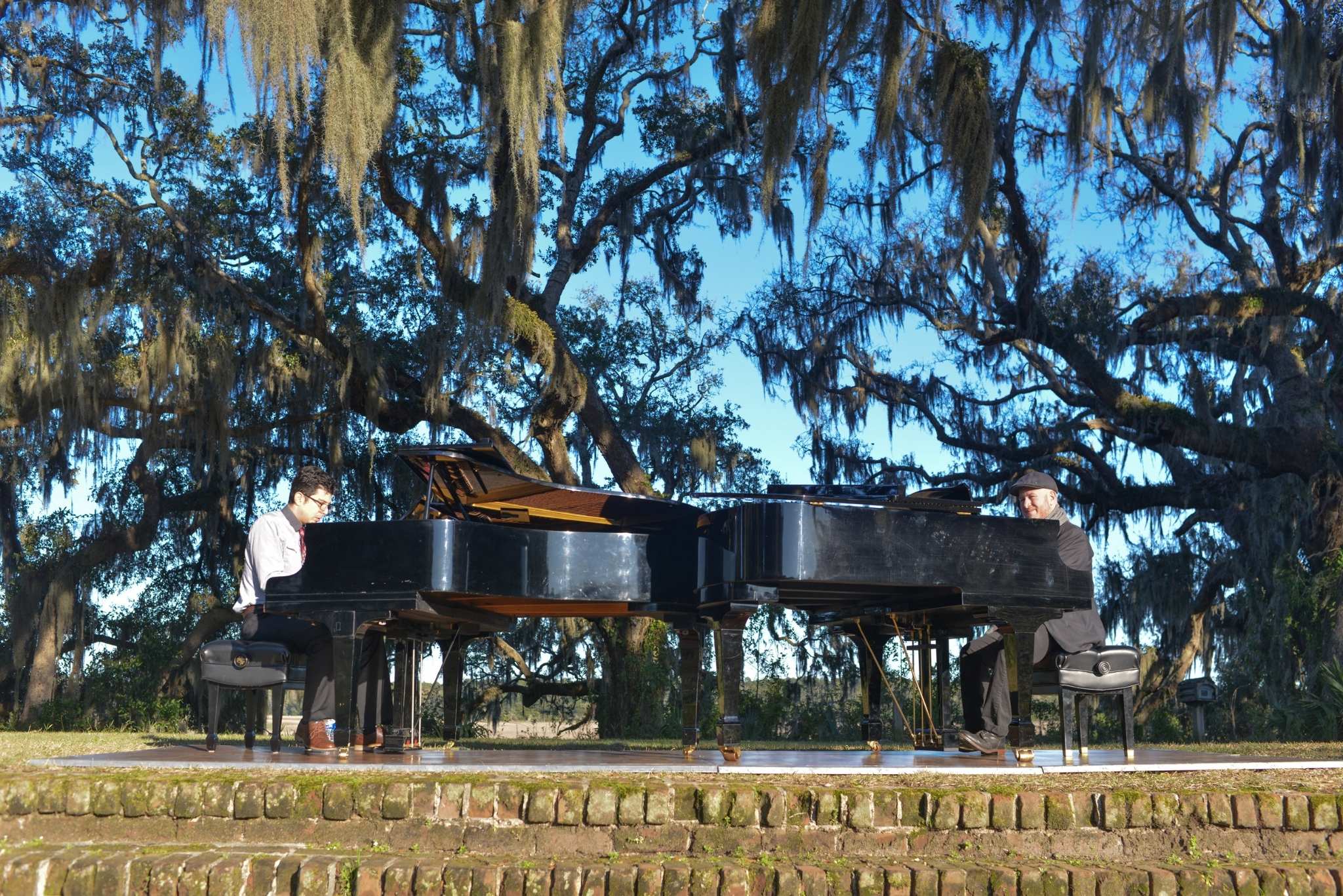 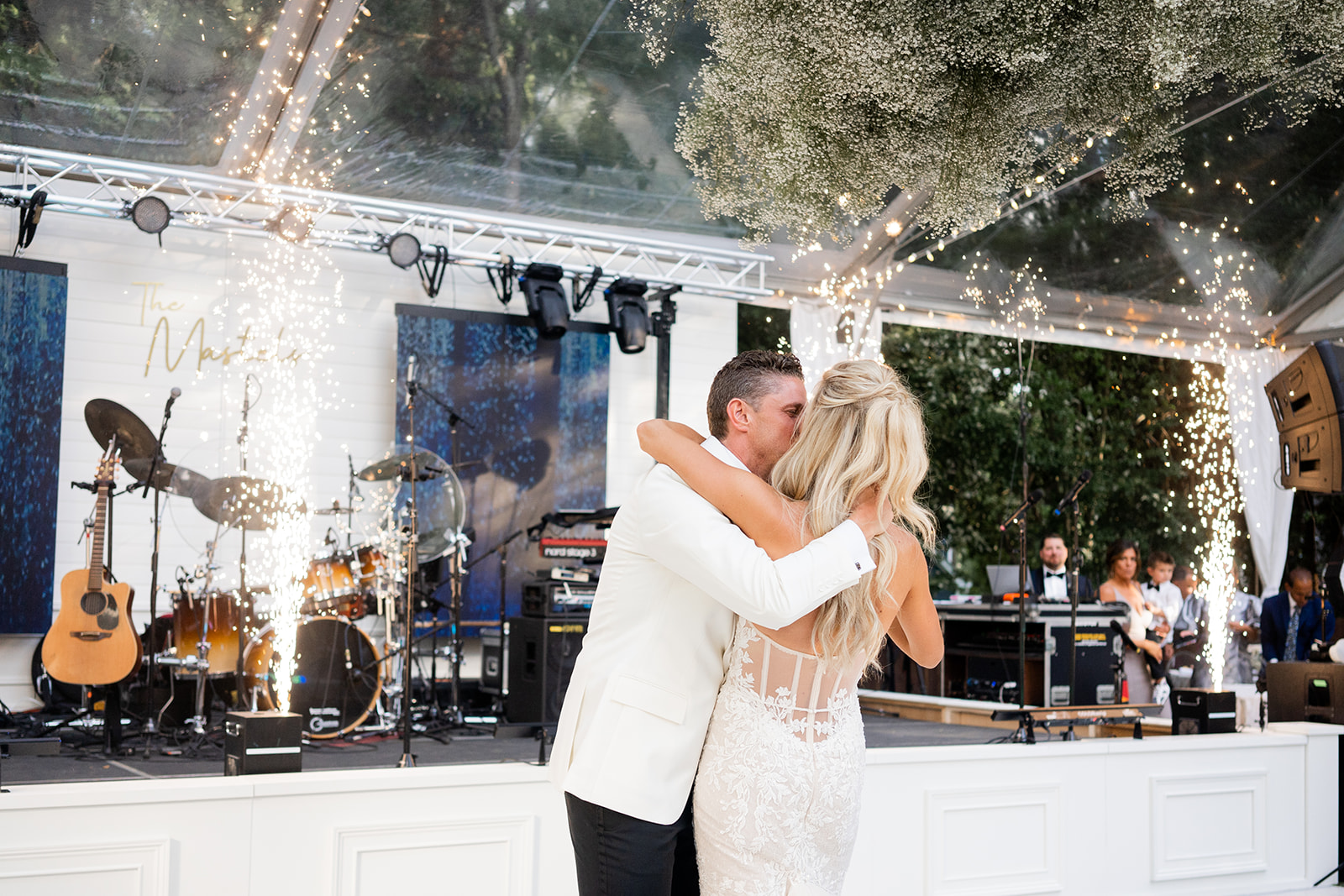 Start the party right with entertainment that reflects your personal style during cocktail hour!Whether you wish to pay tribute to the Beatles with a solo classical guitar, or you prefer a tight jazz quartet to set the tone for your black tie affair, we have an eclectic array of talent to create the perfect mood.

LOOKING FOR THE PERFECT BAND FOR YOUR WEDDING?

COMPLETELY SELF-CONTAINED BANDS READY TO PLUG + PLAY FOR YOU.

The best bands in the Southeast,
ready to perform for you and your guests.

Each band arrives fully equipped with sound and lighting for up to 200 guests. Travel, lodging, and hospitality are included in your contract pricing.

FAMILY FUNK - The name says it all! The funkiest party band this side of the Mississippi brings you classic and contemporary disco, Motown, and funk covers with horns, harmonies, and SOUL.

JUST A FEW CATS - Energy! Energy! Energy! “Where do they get all that energy?” That’s what you’ll be asking after hours of non-stop FUN with the most electrifying band on the scene. From Motown, Funk, Hip Hop & More...Just A Few Cats never falls short of amazing.

TACKLEBOX - Acoustic and electric guitars open up an even larger library of songs with Tacklebox, your one-stop-shop for the best party you've ever attended! Contemporary rock, pop, and Motown covers with an emphasis on Top 40 male-driven hits will keep you dancing and wishing the night wouldn't end.

SPANK! – Spank rocks this town and that town bringing a celebration wherever they go. They will faithfully walk 500 miles to bring that invisible touch to your special event. Give Major Tom a call today to bring the heart of rock and roll to your town.

PETER MOON – "We play it all because we LOVE it all!” says band leader Peter Moon. “Funk, Soul, Motown, Classic Rock, 80’s, 90’s , current hits by artists like Bruno Mars, even some reggae and a little country – Whatever it takes to get the PARTY STARTED!” Available in 3, 4 or 5 piece with added sax and female co-lead vocalist. The PMB will help you GET YOUR HAPPY ON!

THE FUNK BROTHERHOOD - From the horn-driven hits of Kool & the Gang, to the chart-topping vocals of Stevie Wonder and Michael Jackson, The Funk Brotherhood does not disappoint with its high-energy performance. Featuring a groove-inspiring rhythm section, a 3 piece horn section, and tight vocal harmonies - you've got the perfect blend to deliver hit after hit and keep your guests up and moving to the beat all night long.

12SOUTH BAND – One of the most sought-after entertainment bands in the country, this exciting Dance band plays a variety of music from Pop to Rock, Motown, 80s & 90s, Hip Hop, and Country and is known for its high-energy, medley-style show with choreography and fun crowd interaction! They’ve shared the stage with artists Kid Rock, Trisha Yearwood, Earth Wind and Fire, and Lady Gaga,  just to name a few.

ATLANTA'S CONTAGIOUS BAND – From Frank Sinatra, Bruno Mars, Michael Jackson to Adele, Contagious Band is equipped with a talent pool of artists ready to meet the musical needs for any event. The core group consists of three vocalists and a four-piece rhythm section.

PLAYIN’ IT KOOL – Horns, harmonies, classic and contemporary disco, funk and motown covers, w/ emphasis on hits by Kool and the Gang.

J. ALLEN & THE MILLENNIUM – There has never been a band that can keep up with the new hits on the radio…until NOW! Turnipblood Entertainment presents J. Allen and The Millennium. This band will have you dancing all night to your favorite artists’ current hits!

MATT MARTIN & THE BIRMINGHAM EDITORS - The best dance music is that which you know! The Birmingham Editors take this knowledge to heart and create a high-energy live show consisting of Top 40 music from the past five years. Like a pop radio station, The Birmingham Editors get the party started with the most current music playing today.

SUPER DELUXE – Make your next party’s soundtrack… Super Deluxe! This band provides top tier performances at any private event. Don’t just get the deluxe package of bands… get the Super Deluxe.

BOOMERJUKEBOX – The Boomer Jukebox Live band consists of Grammy finalists who receive nightly standing ovations across the country. They have appeared on both national television and on stage where they use their multi-instrumental skills to re-create your favorite hits songs from the ‘50s, ‘60s, ‘70s, ‘80s and more.
These seasoned showmen will entertain you with music, comedy, and special material that bring back old memories and create new ones. You’ll also hear songs by The Four Seasons, James Brown, Earth Wind and Fire, The Partridge Family, The Bee Gees, Louis Armstrong, Dean Martin, Elvis, Lionel Richie, Lynyrd Skynyrd, The Rolling Stones and many others.

The WannaBeatles – When it comes to recreating the fun and excitement of music from the ‘60s, ‘70s, and ‘80s, the Grammy-nominated group THE WANNABEATLES go where no Beatles band has gone before. These seasoned showmen use comedy, special material, impressions, instrumental expertise, and audience participation to create a different kind of “oldies” experience that features five decades of chart-topping songs.

Use this contact form to reach out to us, or send us an email at hello@turnipbloodent.com and we’ll get back to you quickly.

Don’t worry if you don’t have all of the information requested. Tell us what you know and we will figure it out together!

Thank you! Your submission has been received!
Oops! Something went wrong while submitting the form.